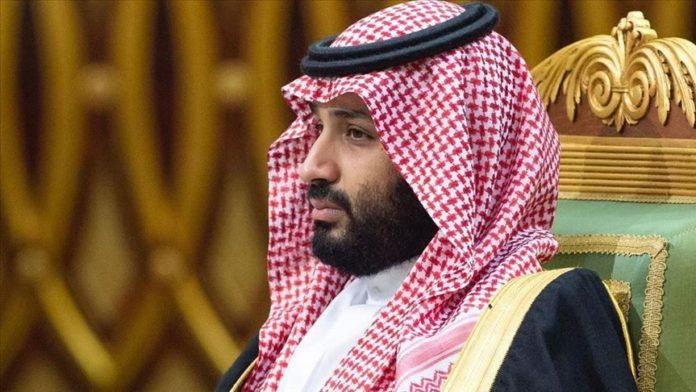 A UN official has said that Saudi Crown Prince Mohammed bin Salman (MBS) was a prime suspect in the case of the murder of Saudi journalist Jamal Khashoggi in Istanbul in 2018.

In an interview with Anadolu Agency, the UN Special Rapporteur on Extrajudicial, Summary or Arbitrary Execution Agnes Callamard said even though she does not have evidence against the MBS, but in terms of ordering and inciting the killing, he is a prime suspect.

“Look, I think he is a prime suspect in terms of determining who ordered or who incited the killing. He is in the picture. Personally, I do not have the evidence pointing to him as having ordered the crime,” said Callamard, who is also a noted human rights lawyer.

She said that circumstantial evidence suggests that a crime of that nature could not have taken place without the contribution of MBS.

“I believe that according to the information that was provided more than a year ago, the CIA [Central Intelligence Agency] may have this information, “she said.

She noted that Turkey’s trial is being held “in absentia” because everyone knew that Saudi Arabia will not allow the defendants to face trial in Turkey.

“Nevertheless, I think it is important. I want to note that the defendants are represented, that they have been assigned state-assigned lawyers,” she said.

Callamard described the trial in Turkey fairer than the one conducted in Saudi Arabia.

A Turkish court on July 3 began the trial of the case, listing the 20 Saudi nationals as accused in the 2018 killing of Khashoggi.

He was killed and dismembered by a group of Saudi operatives shortly after he entered the Saudi Consulate. His body was never found.

-Parody of justice in Saudi Arabia

Istanbul’s Heavy Penal Court No. 11 heard arguments from Khashoggi’s fiancée and some witnesses.

Hatice Cengiz, his fiancée, said the Washington Post columnist was deceived into entering the consulate.

“I think it’s important because we cannot be held hostage by the Saudi [judicial] process, which presented more than just a few mutations but was in my view, a parody of justice,” Callamard told journalists at the UN office in Geneva on Thursday.

She said unlike in Saudi Arabia, trial in Turkey was in public and, the media has access to it.

“People like me can observe it and international NGOs are observing it. The trial at the indictment has been made public. So, let us give it a chance. And let us see what we can learn from the process,” she said.

Callamard said that in a report she presented to the UN Human Rights Council, she has noted that Turkey has investigated the killing of Jamal Khashoggi seriously.

“I welcome the fact that they are now moving into a trial because it means that the international community will be able to assess the work that they have done. I think it is very important for the credibility and the legitimacy of their process, “the UN official said.

She believes it will be naive to think that MBS can be facing judges tomorrow.

“We must remind governments that this is somebody who has blood on his hands or who may be responsible for ordering the killing of Jamal Khashoggi,” she added.

The UN Rapporteur emphasized to keep in mind that justice in such cases is a long-term process and, in the meantime, it must be ensured that the killing of Khashoggi has a political cost.

US defends decision not to sanction Saudi crown prince